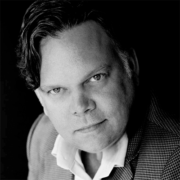 It’s not the tools.


Let’s start with why.

A global increase in concern about online privacy has led to legislation in the EU and Australia that issued new requirements on internet advertisers.

While the U.S. government lags in privacy regulations, consumers are increasingly concerned with how their information is collected and stored, which has created market pressure for companies to make a move, if only to try and fend off increased legislation.

Guidance: Prepare for change, and refocus on the fundamentals.

Be prepared to see conversion rates decrease with variability in cost per conversion.

Standing still is not going to work with your ad campaigns. While it isn’t the end of cross-device ad tracking, it will be a significant dropoff in ad effectiveness for the short term, at least. To counter this effect, experiment with focussing less on conversion-based ads and more on impressions to your general audiences. The ad industry has handed off a lot of targeting to black-box algorithms for the past several years, but strong ads with smart targeting still get the job done and give you more control. A silver lining to the scenario is that less sophisticated advertisers may see results suffer and throw in the towel. This would lead to lower costs for the businesses that stick with it.

Ad quality will become more critical, and by that, I mean, ad quality as perceived by humans, not the algorithms.

Invest in better ad design. The platforms offered us easy-to-use tools to help create ads that looked good to their systems and helped get placed per their targeting systems. Since we know the targeting systems will stop being as effective, we also need to deemphasize the systems’ reliance to create and modify our ads.

Landing Pages are more important than ever.

Spending on ads to lose a prospect on a subpar landing page or website is just wasting money. With broader impression-based advertising and less targeting, your ads, landing pages, and website need to speak to the humans visiting – and they have to carry more of the load than before without the benefit of all the complex AI algorithms helping select just the right visitors.

The not so normal is the new normal.

While adapting to these changes is disruptive, in the long view, they are probably a net positive for business and society overall. The root of these changes is the industry self-regulating to protect user privacy in the absence of meaningful regulation. Are the changes perfect? Of course not. However, they are a move in the right direction.


If you’d like help navigating these changes or growing your business in 2021, we’d love to help.

Schedule some time to talk.

Stay up to date with latest Insights.

Get notified when new articles are published.

Reboot your business for a post-COVID world.